Running gadgets and kit – so I have been in that obsessive runner phase where I had a gadget that told me everything I needed to know about running and more and I was in a thrall to it, if I was near the end of a run and I still had a 1/3 mile to complete the next mile I would continue. If I set a target pace and missed it I would beat myself up afterwards. I would by kit because I thought it would make me run faster. Now I still have a gadget that can tell me even more about my running than the last one but it no longer leads. The real reason I have the gadget is that by the wonder of bluetooth and internet it can let Gill know where I am and that I am still moving. (It is a long story but she has good reason to worry about me out on the fells). So with this gadget I get the freedom of saying that I am going out for a run and a vague idea of place and time but after that I can go where I feel like going which is great. Of course you can’t take the running geek out of the man or at least not all at once so I still set the odd goal but now they are in averages over a period of weeks or months rather than absolute figures. Also I stop at the end of the run regardless of mileage. I still buy kit, but just to motivate me and being 300 yards from Pete Bland Sports is very tempting.

Music doesn’t really work for me as a runner, when I was running in Belgium I did not use music and now I don’t. But I did use it as my mental health started to go astray and I did use it when I came back to running. it’s almost like a confidence thing, when I am confident running I don’t need music. In Belgium my focus was running faster so no music allowed me to concentrate on training, speed work etc.Now no music allows me to focus on the repeated small steps, just listening to your footfall on the ground helps with that. Running on the fells is easier on the joints, essential in an older runner and the unevenness of the ground actually works on strengthening your core. But you need to pay attention otherwise it will dump you on your face or arse.

Not a lot of time today, plus a long run yesterday so a short, slow sensible run. Nothing too exciting just my default river, Aynam Rd, canal loop. But I did explore this little track that runs behind the back gardens of the houses on Parr St as an alternative route to the canal and found some well worn garden doors to photograph. Not much else to say, oh yes, when you run slowly for 20 minutes you don’t even get lukewarm, my fingers were freezing at the end. 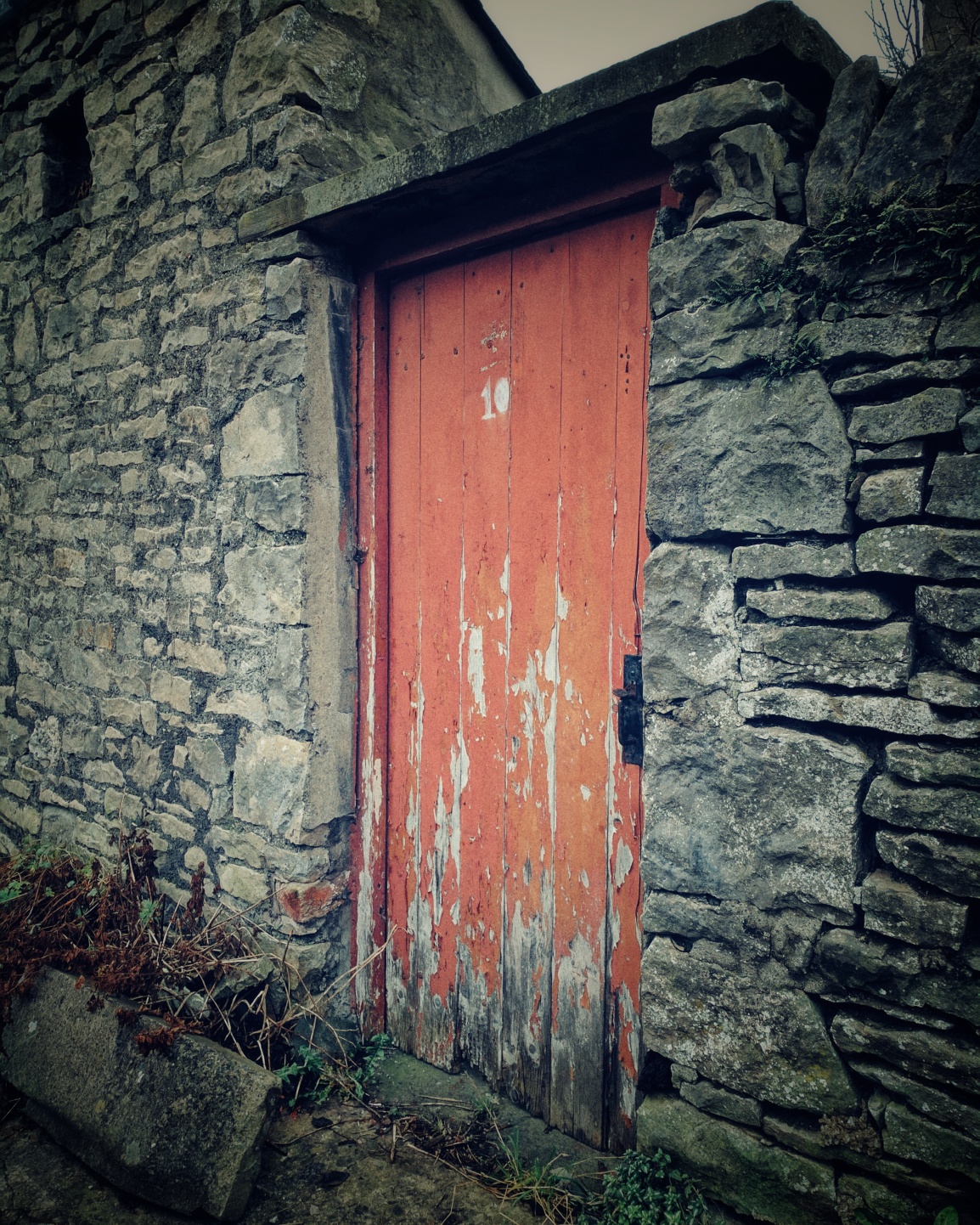