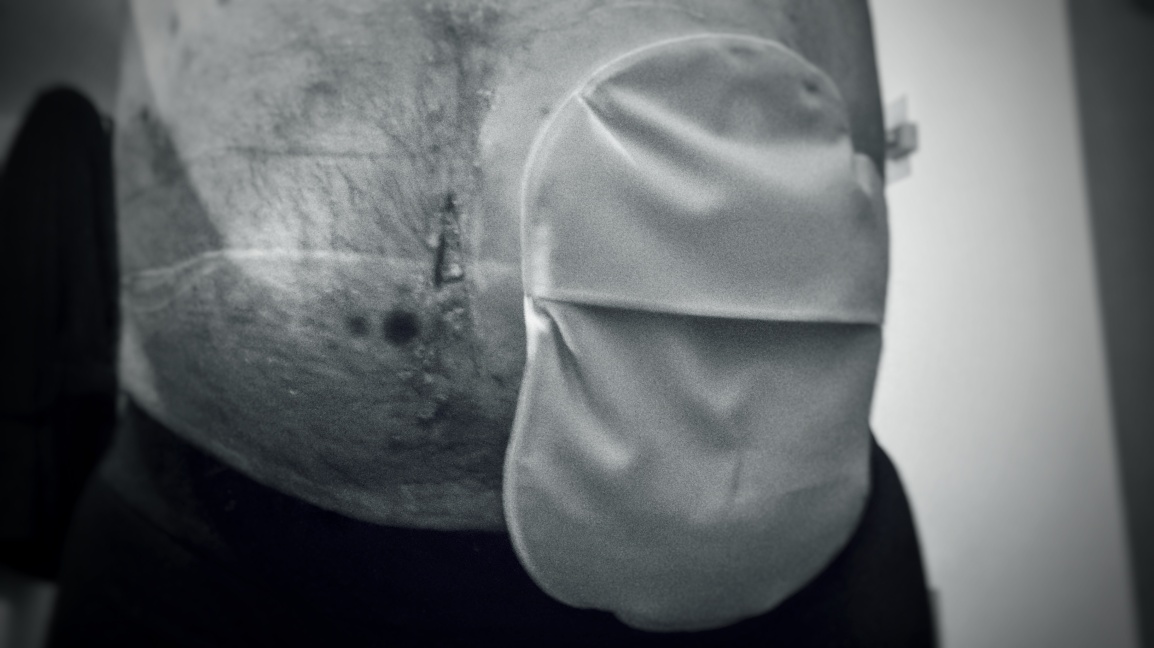 Farting and the problem with no nerve endings

So a couple of things happened this week.

In the traditional manner

Out of my arse.

I didn’t think that was possible since the end of my colon attached to my bum is just lying around in my abdominal cavity.

I knew that you could have the sensation of a phantom poo and you just sit on the loo and bear down, as if you were doing the real thing.

But I was just standing there having a pee and Bam! I farted. Just like the old days. It felt really good! It was also reassuring, it meant that the bit that I thought was doing nothing could still do it’s designated role and my sphincter still functioned.

The other thing was less fun. I went to change my bag on Tuesday evening and I could see that there was a blood leak around the bag. So it was with some trepidation and plenty of dry wipes that I peeled the bag off. It wasn’t as bad as it looked but there was still a chunk of blood smeared around the stoma and my belly. After cleaning the crap off my stoma it was clear what had happened. There was a centimetre long lesion on the top of the stoma. I had been a bit hasty when I had put the bag on and got it too close to the top of the stoma. As that bag got heavier during the day the top of the convex part of my bag had begun to saw across the top of my stoma. Now here’s the rub, pun intended. The stoma, or your colon has no nerve endings, and therefore has no real pain sensation. So, I had, blissfully been sawing away at the top of my stoma for a couple of hours.

So now I am a bit more generous with the cut and take a bit more care when fitting the bag.

The other slightly strange thing is that my Stoma is cold to the touch. You’re told that your stoma is composed of material similar to the inside of your mouth, which is warm to the touch. So, I was expecting my stoma to be warm to the touch, but it wasn’t. So, is that because it is outside of my body? I suppose I could stick my finger inside the stoma to see if it’s warm? Probably not…

As you can see from the slightly blurred photo my Frankenstein scar is coming along nicely. The horizontal lines you can see on my stomach are from the belt that holds the bag on to my stomach, stops the leaks and gives me confidence.

Finally, I had a conversation with a friend in town this week. It started normally, he asked about my physical recovery, fine I said. I talked about keeping my fitness and looking forward to resuming running at some point in the future. Then he tapped his head. Had I adjusted mentally to my new normal.

Actually, to date, I have, and I see two reasons for that:

One – I was in so much pain at the time that I would have accepted losing a limb. So a chuck of colon was a good deal.

Two – Currently it is still possibly/probably reversible. I was honest with him, the challenge would come if it turned out not to be reversible.

I might have more on that next time as I see my consultant on Friday and exploring the reversal is likely to feature in that conversation.

Highlight of the week – farting for real.

Food highlight of the week – Ripe Stilton and a glass of port.