I said at the start that running was part of my strategy to support my mental well being. The other elements being medication, counselling and meditation/reflective practice. When I was first diagnosed with depression I remember going to a local cafe, looking at the box of tablets that I had been prescribed and thinking I’ll only need these for a few months, a year tops. Seven years down the line my medication has changed but it is still part of me. Initially I viewed depression as something to conquer or a transient state that I would grow out of in 12 months. But over a period of time I learned to accept that there is nothing wrong with the correct medication if it supports your well being.

However mental health medication is not an exact science, the first ones prescribed suppressed everything. I didn’t feel suppressed I felt ok but it wasn’t until I came off them 2 years later that people said that I was back, I felt that I hadn’t been away. The next set were more successful, helped me manage the symptoms while not suppressing me as an individual. Since then I have only had one issue. My blood pressure was rising so I was given an extra medicine to help combat that. The interaction with my anti depressants led to rampant paranoia within 3 days, I toughed it out for a week to see if it was a temporary thing, it wasn’t so I ditched them. Since then I am wary of any new drugs that may upset this balance and I am happy with my medication. After all if I had a ‘physical’ illness that required constant medication then I wouldn’t think twice.

I didn’t really want to get out of bed and go for a run this morning, but day 5 is way too early to give up on a challenge. So I get ready, full of lethargy and resentment. I get outside and the cold just hits me and the resentment goes up a notch. I had a vague idea of heading up to Scout Scar and turn up Gillinggate but after a few hundred yards I realise that I am not in the mood for 25 minutes of uphill running, but I at least get to the top of the road and begin to drop down Beast Banks, then I turn on to Garth Row. The beauty of running this early in January is that you get to run as dawn breaks, which on a clear day is a quite magical if cold experience. I decide to drop down and run along the old canal, I pick up the pace just so that I can keep warm. The lethargy has gone but there is still a twinge of resentment at having left a nice warm bed, my thumbs are cold so I hide them inside my curled hands and head for home. Coffee and a hot bath required. 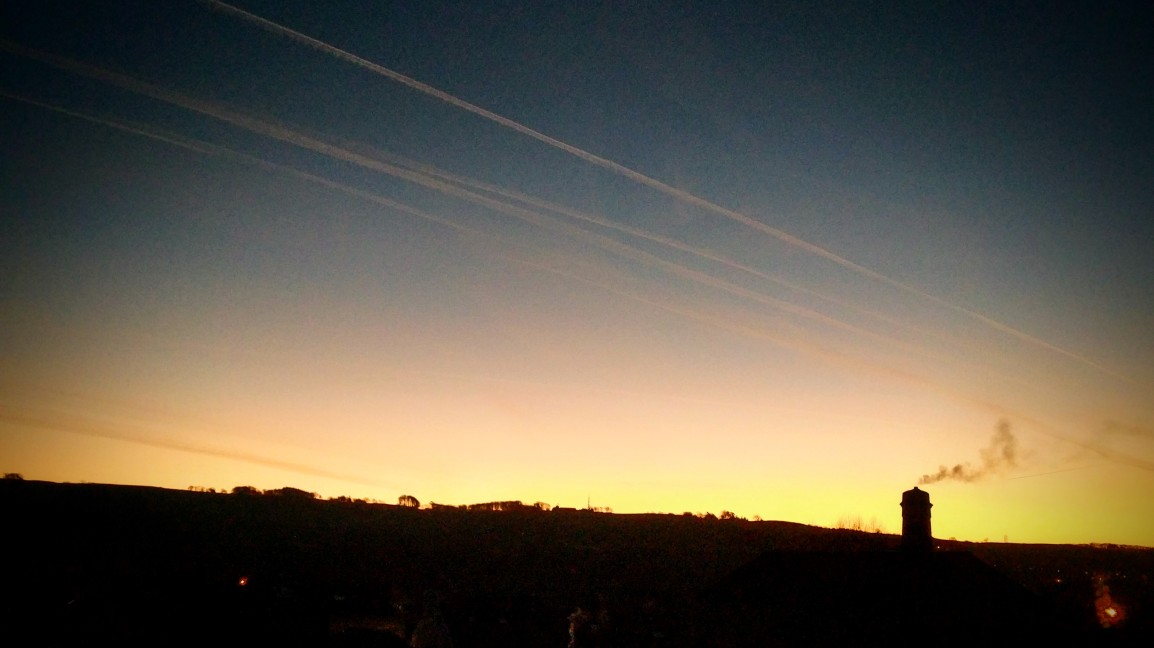