A bit of mental health politics today e.g a rant – first some potential good news. Apparently Theresa May will outline how the government intends to support those 1 in 4 of us who have a mental health issue. Tellingly though, there is no extra funding and it appears that the burden may well be moved to schools and employers to better support their workforce/children – which is to be welcomed with a hint of sceptisim.

However we have been here before, David Cameron set up a cabinet taskforce to look at mental health. Typically it was launched with a big fanfare before quietly being dismantled a couple of months later. Just to be even handed, Jeremy Corbyn in his first cabinet had a shadow minister for mental health which was great but in his second cabinet after the leadership challenge the post was removed.

But the scariest point about the figures quoted in the article regarding suicide are the figures that are missing. The figures for leading causes of death among 10 to 34 year olds. For males and females in that age grouping the leading killer is suicide or unidentified causes. Now if that were say alcohol abuse or drugs or any other physical illness there would be uproar and a public outcry. Instead we will get some health care officials to support teachers and employers.

I wish I were wrong about this, but I suspect not, and await the speech on Monday to prove me wrong!

The final part of today’s rant was a piece I heard on Radio 4 after I came back from my run. They were talking about bed blocking in mental health and the fact that it was 4 times higher than in physical health cases, sound familiar. They highlighted the case of a young man who was in hospital 4 months longer than was necessary. They then interviewed a chap from an NHS Conferderation body, who spoke at some length about how this was a shocking case of poor use of NHS resources and that there should be a more efficient system of effectively using those resources. At no point, until prompted by the presenter did he mention the trauma that this would have caused to the individual involved.

Links to the article and figures are at the end of this post.

So  we are now in to my longest consecutive spell of daily running and there are still 25 days to go! This morning was the first, of probably many, miserable weather days in this challenge. No sunrise or burst of light to lift the mood just an unremitting greyness, this from a man who’s partial to a  bleak monochrome landscape or two. Up on Serpentine Road looking over town all I can see is a blanket of cloud, mist and drizzle with the occasional light down below, the town hall clock tower and an illuminated cross on St Thomas’s church peeking above the mist. I drop back in to town and along the river, more monotone and that damp chill that seems to get right in to your bones – I head home. 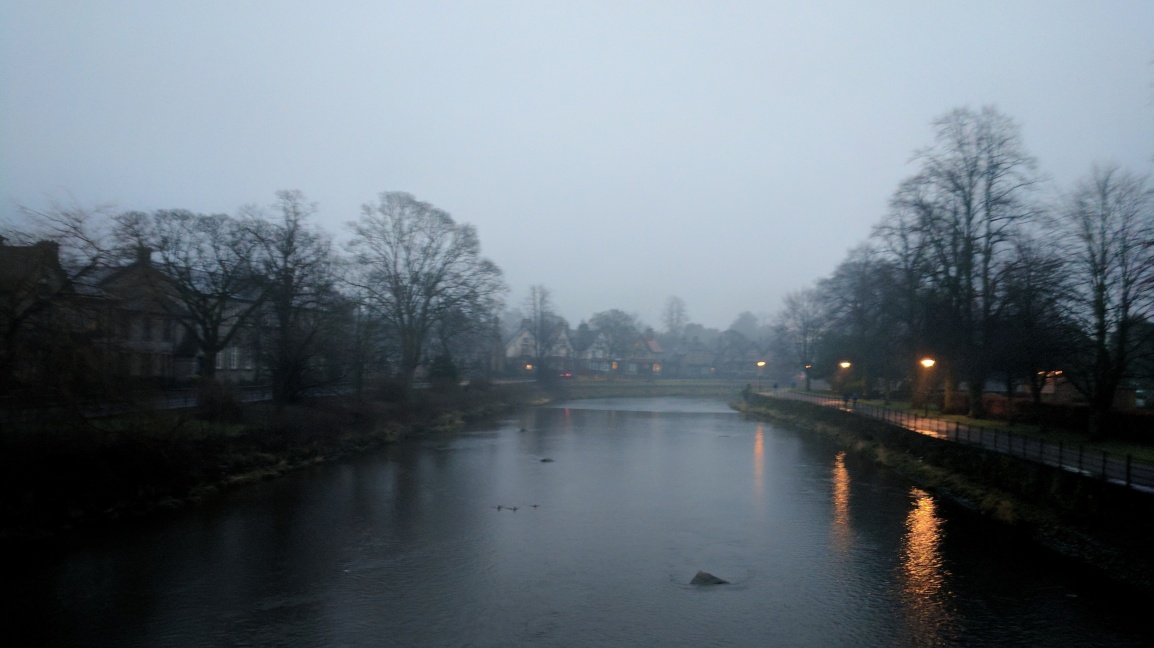