I am going to write about self harm today. You may wander why I am writing this after the post about suicide but I wanted to make a separation between the two. People often believe that self harm is part of the journey and a stepping stone towards suicide but that is not always the case.

For many people self harm is a coping strategy used to divert their attention away from their depression and suicidal thinking. James Rhodes, the classical pianist wrote in his autobiography that the endorphin rush from self harm was like a hit of cocaine. I wouldn’t know about that. My need wasn’t that great. It was more like a first cigarette or in my case that first hit of espresso. It woke me up, grounded me back in the present. It wasn’t something that I needed every day or every week, just as and when required. Looking back I can’t identify the circumstances I used to make that decision. It seemed a necessary thing to do to keep me stable and on track. Obviously given the place I was in, my version of stable and on track would differ from a mainstream version and also from any other individual who suffers from depression. That is the point about depression, it is unique to each person. That is why it is impossible to have a standard medication. We have standard types of medication. How they will work in combination with other medication and the chemical imbalance in your brain are still being understood, a sort of highly educated witchcraft if you will.

Self harm itself is a continuum from self neglect through to serious self destructive actions. I spend most of my time in that self neglect area, not taking medication, not brushing my teeth. At a certain level it has become almost institutionalised within me. So the effort to change that behaviour is pretty high and priorities change around what you focus on. So my goal is to try and have a more balanced view of my behaviours, rather than firefighting the big shit and neglecting the trivial shit. That is why I said in an earlier post that therapy provided me with my map.

At Levi’s we spent a lot of time talking about empathy, ‘walking in other people’s shoes’ – I was pretty good at that. I just didn’t spend enough time walking in my own shoes. I am getting better at that now.

I can hear the rain on the window as I wake up, but it doesn’t sound too heavy – I am working this evening so I decide to go out for a short run before breakfast. I pull on an old waterproof top and head out for a short sensible run. Although it is raining it is energising rain, not torrential rain under heavy leaden skies or persistent miserable dense drizzle. The light is quite bright so you feel good, I can run for a long time in rain like this, but not today. Less than 5 days to go but I will stay sensible, also my legs feel pretty heavy this morning. So along the river and up over Sandylands. I had spotted this garage door on a previous run, unfortunately being early on a Saturday morning there is a VW transporter parked in front, so you only get a partial picture. Phone tucked away I loop back along the river and home for breakfast. 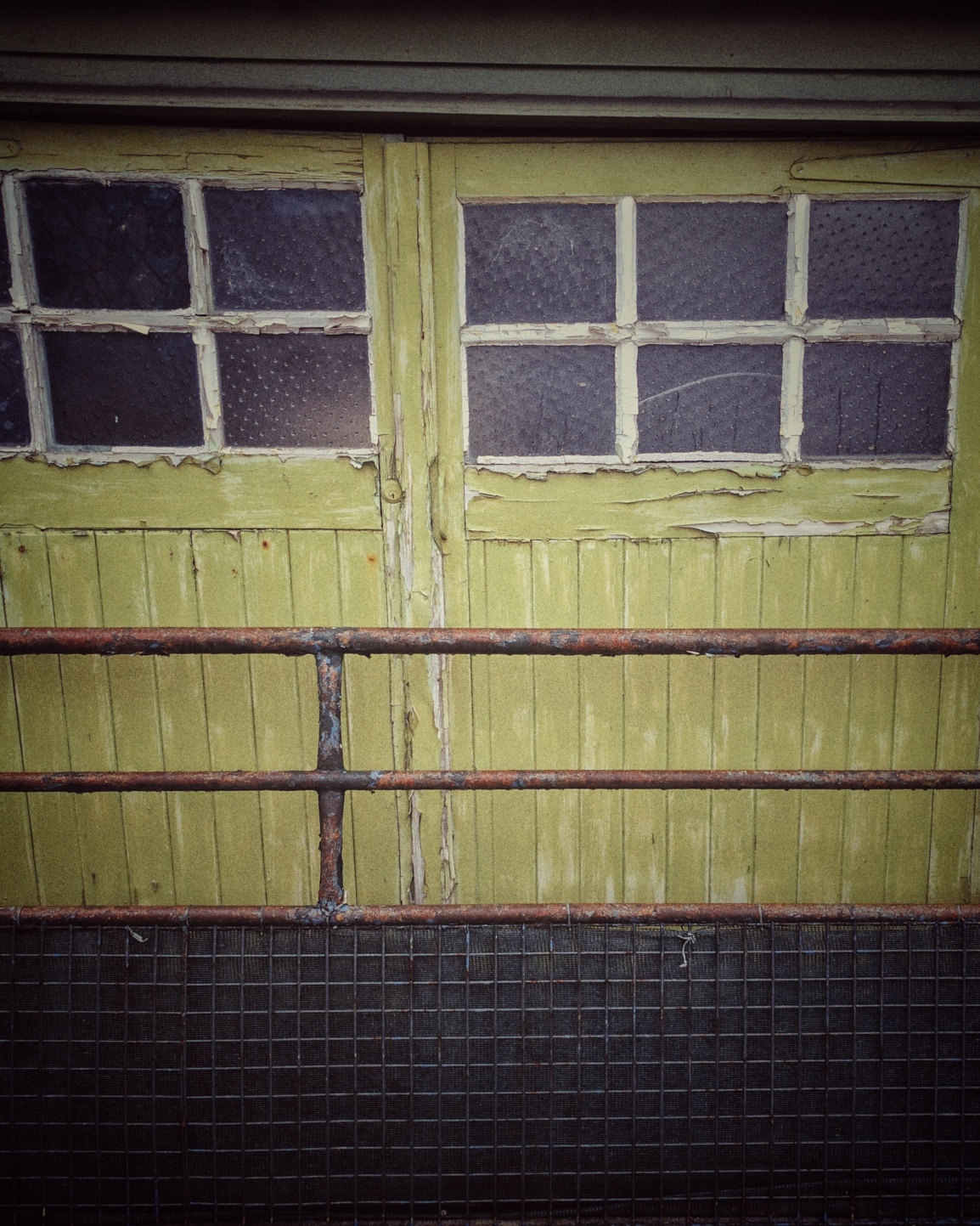